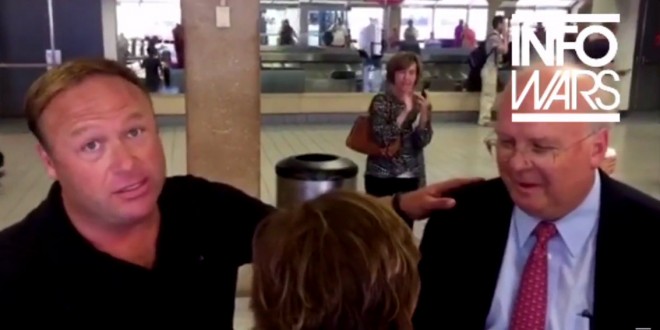 Lunatic Alex Jones: Karl Rove Called The Cops On Me When I Harassed Him At Cleveland’s Airport [VIDEO]

According to a video posted this afternoon by lunatic conspiracy nut Alex Jones, Fox News commentator Karl Rove called the cops on him for repeatedly confronting him after traveling on the same flight to Cleveland. Watch below. You don’t see any police in Jones’ video, but in Rove’s defense (ugh) anybody would call the cops in this situation.

Previous Seen At The GOP Convention
Next WEST VIRGINIA: United Airlines Pilot/GOP Lawmaker Calls For Hillary Clinton To Be Hanged On DC’s Mall