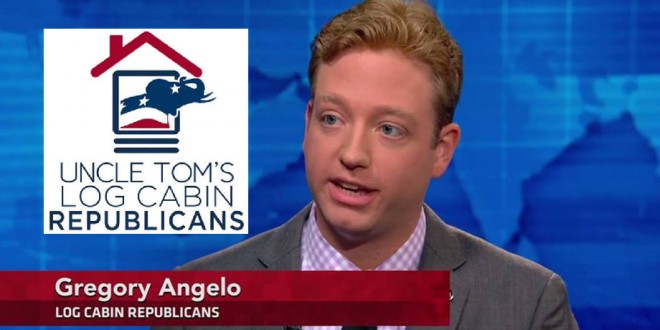 The Republican Party has adopted the most viciously anti-LGBT platform in American history, but little things like civil rights mean nothing to Log Cabin Republicans head Gregory Angelo. Michelangelo Signorile interviewed him yesterday at the convention:

“As far as LGBT issues go, he has actually been a leader on LGBT rights,” Angelo told me, even though Trump is opposed to marriage equality and supports the First Amendment Defense Act.

“He said he would be our friend as president,” Angelo said in Trump’s defense, referring specifically to Trump’s speech after the Orlando mass shooting at the queer Pulse nightclub where 49 people, mostly queer people of color, were murdered. “And he said we live in a remarkable society where people ‘love who they love and express themselves as they are.’”

When pressed on Trump’s opposition to the fundamental issue of marriage equality, Angelo said, “I don’t lose any sleep thinking for a minute that marriage equality in the country will be overturned.”

Angelo went on to claim that reason the GOP platform is so anti-LGBT is because Trump created a social issues “vacuum” by refusing to campaign on those themes, thereby allowing Tony Perkins to slither in and dominate the committee. He must have missed Trump’s promise to repeal Obergefell via Supreme Court appointments and his support for North Carolina’s hate laws.