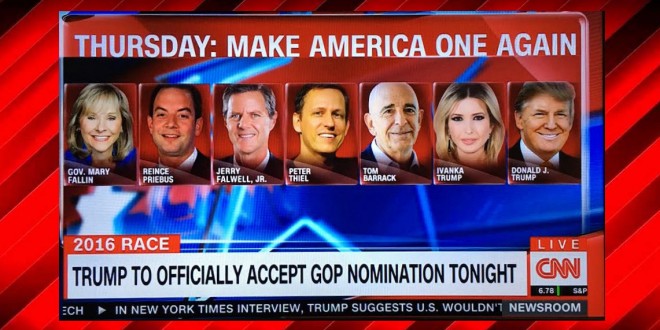 The fourth and final day of the 2016 Republican National Convention gavels to disorder at 7PM. Watch below. Tonight’s theme is Make America One Again and among the scheduled speakers are RNC chairman Reince Priebus, Oklahoma Gov. Mary Fallin, Liberty University president Jerry Falwell Jr., Rep. Marsha Blackburn, and homocon Peter Thiel, who is expected to be the first-ever GOP convention speaker to mention his gayness. The night will conclude when Ivanka Trump introduces her father, who will then formally accept the nomination.