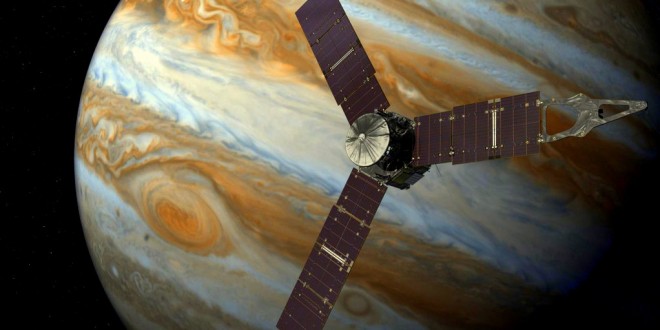 The big moment starts around 10:30PM but I’m putting the feed up now so you can come back to it later. From the New York Times:

The countdown for the Juno spacecraft to reach its destination at Jupiter is now a matter of hours.

Space enthusiasts and scientists have eagerly been awaiting this point in Juno’s five-year journey, the first solar-powered spacecraft to travel this far from the sun. If the explorer successfully latches onto Jupiter’s gravity, it will be only the second time that a probe has gone into orbit around the giant planet.

NASA Television will begin coverage at 10:30 p.m Eastern time. The crucial moment will be the end of the engine burn, at 11:53 p.m..