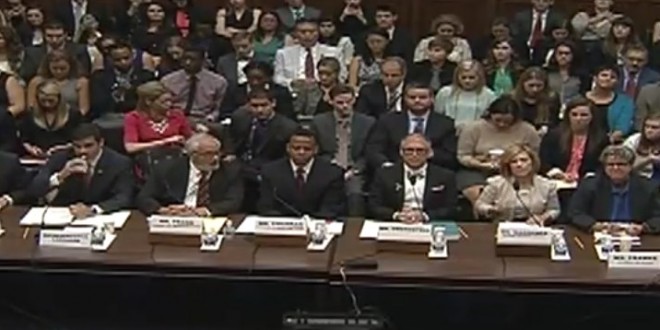 One month after the mass shooting in Orlando at a gay nightclub, congressional Republicans are holding a committee hearing to discuss legalizing discrimination against LGBT people. Despite repeated calls from fellow lawmakers, activists, and civil rights organizations, chairman Jason Chaffetz (R-UT) refused to cancel or postpone the hearing.

The hearing will focus on the so-called “First Amendment Defense Act” which would allow businesses and individuals to discriminate against LGBT people if they cite their religious beliefs. Conservative Christian organizations and activists have been clamoring for special exemptions from civil rights laws since the Supreme Court legalized same-sex marriage nationwide.