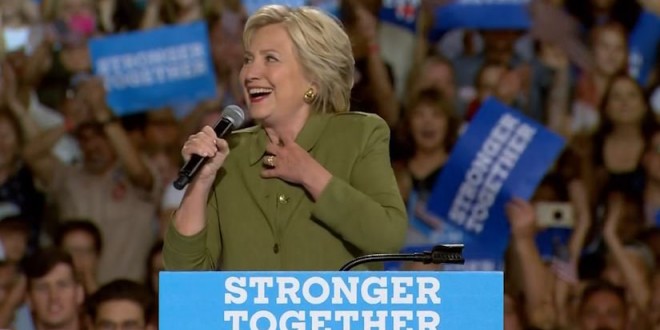 Hillary Clinton is about to take the stage in Tampa where it’s possible that her running mate will be revealed. HOWEVER, the still unfolding terror attack in Munich has many wondering if the rally and reveal will go on, especially considering that Trump cancelled his event with Mike Pence due to the Nice attack. Watch below and stand by.

Previous This Is An Ad For Something [VIDEO]
Next Tony Perkins: GOP Convention Had A Pro-Gay Speaker, But Democrats Won’t Allow An Anti-Gay Speaker