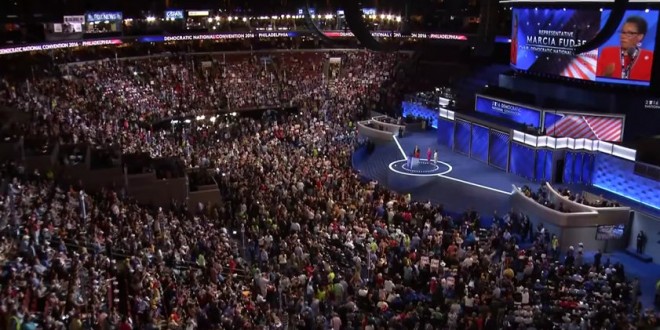 The third day of the Democratic National Convention will be gaveled to order at 4PM by chairperson Rep. Marcia Fudge. Watch below. The first half the program is quite busy, with speeches by Gavin Newsom, Bill De Blasio, Jesse Jackson, and Harry Reid among many others. Later I’ll start a second thread for tonight’s headliners, who include President Obama, Tim Kaine, Michael Bloomberg, and Joe Biden.