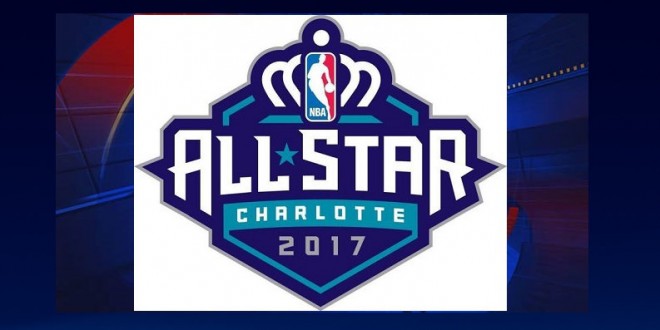 North Carolina General Assembly leadership and Governor McCrory repeatedly ignored the warning bells as businesses, conferences and entertainers left the state. From the beginning, NBA leadership has been clear that HB2 creates an untenable situation and jeopardizes the safety and comfort of their fans. The withdraw of the 2017 NBA All-Star Game in Charlotte came as the NBA took a principled stand against the discriminatory HB2 and the failure to repeal HB2 by Senate Leader Berger, Speaker Moore and Governor McCrory. When the City of Charlotte passed vital LGBT protections from discrimination last year, they made themselves a more competitive city for events like the All-Star Game. McCrory, Berger, and Moore have continued to put North Carolina in economic harm’s way with the worst anti-LGBT bill in the nation, despite the best efforts of Charlotte city leaders to keep the game. We applaud the NBA for its commitment to all fans, and hope that North Carolina’s leadership will heed this wakeup call and repeal HB2 before we suffer even more as a state.

Today the NBA and Commissioner Silver sent a clear message that they won’t stand for discrimination against LGBTQ employees, players or fans. The NBA repeatedly warned state lawmakers that their hateful HB2 law created an inhospitable environment for their 2017 All-Star Game and other events. Nevertheless, Governor McCrory, Senator Berger and Speaker Moore doubled down on HB2 and refused to undo their discriminatory and costly error in judgment. Every day that HB2 remains on the books, people across North Carolina are at risk of real harm. We appreciate the leadership of the NBA in standing up for equality and call once again on lawmakers to repeal this vile HB2 law.

On behalf of lesbian, gay, bisexual, transgender, queer, and questioning (LGBTQ) youth across the country, GLSEN thanks the NBA for sending a strong and clear message that discrimination is unacceptable. We know it was not an easy decision. The game would have been held in Charlotte, where the city council banned discrimination on the basis of sexual orientation and gender identity last year, and where the school system has clearly demonstrated its support for its LGBTQ students, including those transgender students who are particularly targeted by HB 2. When the chips are down, true allies make the tough call. Right now, the defense of civil rights for all communities must be front and center for all of us. GLSEN is proud to have partnered with the NBA for many years to ensure its teams, players and staff members are vocal and visible supporters of LGBTQ youth and that all fans feel welcome. It is gratifying to see this long-standing partnership result in a unified front against legislation that is hateful, harmful and unnecessary.

And finally, the official notice from the NBA:

The NBA has decided to relocate the 2017 All-Star Game from Charlotte with the hope of rescheduling for 2019. Since March, when North Carolina enacted HB2 and the issue of legal protections for the LGBT community in Charlotte became prominent, the NBA and the Charlotte Hornets have been working diligently to foster constructive dialogue and try to effect positive change. We have been guided in these discussions by the long-standing core values of our league. These include not only diversity, inclusion, fairness and respect for others but also the willingness to listen and consider opposing points of view.

Our week-long schedule of All-Star events and activities is intended to be a global celebration of basketball, our league, and the values for which we stand, and to bring together all members of the NBA community – current and former players, league and team officials, business partners, and fans. While we recognize that the NBA cannot choose the law in every city, state, and country in which we do business, we do not believe we can successfully host our All-Star festivities in Charlotte in the climate created by HB2.

We are particularly mindful of the impact of this decision on our fans in North Carolina, who are among the most passionate in our league. It is also important to stress that the City of Charlotte and the Hornets organization have sought to provide an inclusive environment and that the Hornets will continue to ensure that all patrons – including members of the LGBT community – feel welcome while attending games and events in their arena.

We look forward to re-starting plans for our All-Star festivities in Charlotte for 2019 provided there is an appropriate resolution to this matter. The NBA will make an announcement on the new location of the 2017 NBA All-Star Game in the coming weeks.