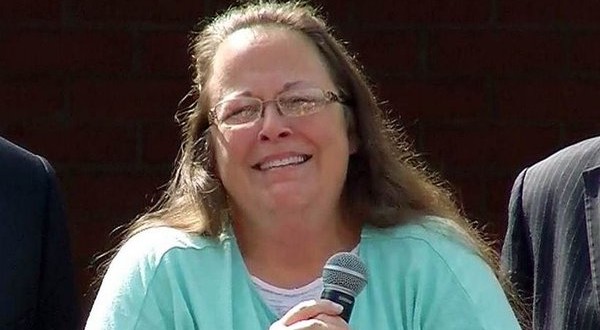 The Campaign for Accountability, a Washington nonprofit that says it works “to expose misconduct and malfeasance in public life,” emailed Davis a records request on March 1 for retainer agreements and attorney-client engagement agreements between her and Liberty Counsel, the religious advocacy group that represented her after she was sued for refusing to issue marriage licenses.

Anne Weismann, the Campaign for Accountability’s executive director, said Tuesday that she wants to learn more about Liberty Counsel, which inserted itself into debates over same-sex marriage and transgender bathroom use in several states by volunteering to represent public officials.

Responding for Davis, Liberty Counsel refused to comply with the records request. Among the legal exemptions it cited, Liberty Counsel said the documents requested are preliminary and therefore do not have to be disclosed, and they are private rather than public.

The Campaign for Accountability appealed to the attorney general, whose rulings on the Open Records Act carry the weight of law in Kentucky.

Liberty Counsel has not yet decided if they will appeal. The above-linked report doesn’t say what the penalty for non-compliance might be.

Previous PEOPLE STILL USE FAXES? Janet Porter Will Fax Your Complaint To All 1753 Target Stores For A Mere $50
Next Trump: Hillary Bribed AG Loretta Lynch [VIDEO]