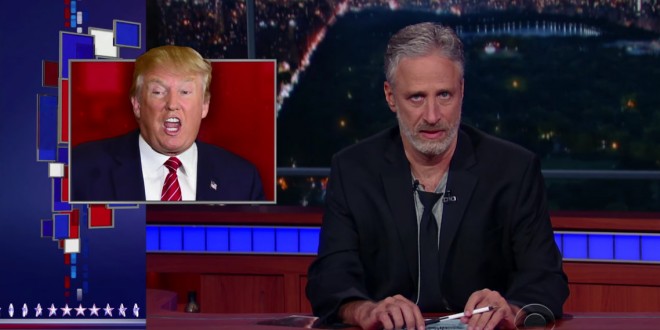 Vox sets up the clip:

It’s been 351 days since Jon Stewart sat behind the desk of a late-night talk show and delivered jokes about US politics and the day’s headlines.

In the time since Stewart left The Daily Show (on August 6, 2015), his many proteges have spread far and wide across the TV landscape. Samantha Bee is on TBS. John Oliver has reached new heights on HBO. Trevor Noah took over The Daily Show. And Stephen Colbert has landed at CBS’s Late Show. (Stewart himself has a deal with HBO that he’ll presumably start producing content for one of these days.)

But something else happened in those 351 days: Donald Trump became the Republican party’s nominee for president. And in all that time, doesn’t it seem like Stewart would have some pretty great jokes to share about a man he dubs an “angry groundhog”?

Previous North Carolina Haters Have The NBA Sadz: Christians Are Being Blackmailed Out Of Their Peaceful Beliefs
Next REPORT: Hillary’s VP Announcement To Come Today