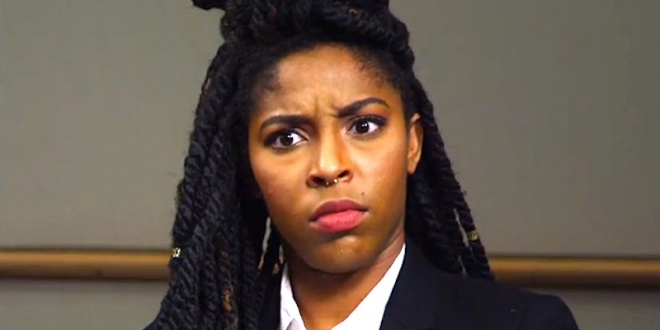 The field piece that followed was classic Jessica Williams. “After an impassioned Democratic primary between the Curb Your Enthusiasm guy and the Mother of Dragons, the voting is finally over,” she said. “With Hillary Clinton as their nominee, the Democratic Party has united without controversy. J.K., y’all. I’m fucking with you!”

With that, the show cut to Williams calling out a surprisingly diverse group of Sanders voters for saying that they will vote for Trump despite his status as “a bigot and a racist.” By contrast, the group views Hillary Clinton as a “stack of garbage.”

“I don’t get it,” Williams said. “How do you go from a left-wing progressive like Bernie to a man who worships money only slightly less than he worships himself?” Asked what Sanders and Trump have in common, the best they could up with was, “They both want to be president.” As Williams explained to them, “They are literally opposite people.”