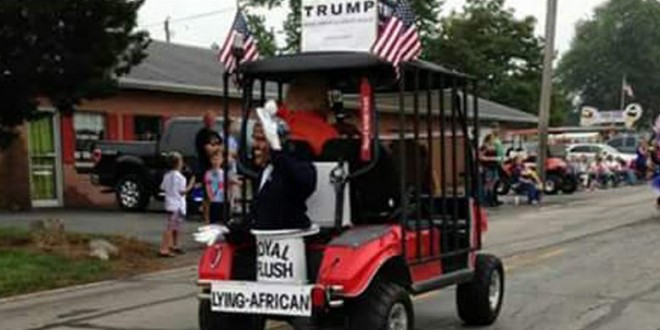 While many were celebrating the birth of the United States of America and honoring veterans, a float supporting Donald Trump’s campaign for president appeared in a Sheridan, Indiana Independence Day parade calling President Barack Obama a “lying African.”

A photo posted to Facebook shows the golf cart-like vehicle decorated with Trump presidential campaign signs and American flags. However, the front of the cart had a lion with the words “African Lion” on a sign below it. The back of the vehicle shows an effigy of Obama in a makeshift toilet that reads, “Royal Flush” with the words “Lying-African” below it, WTHR reports.