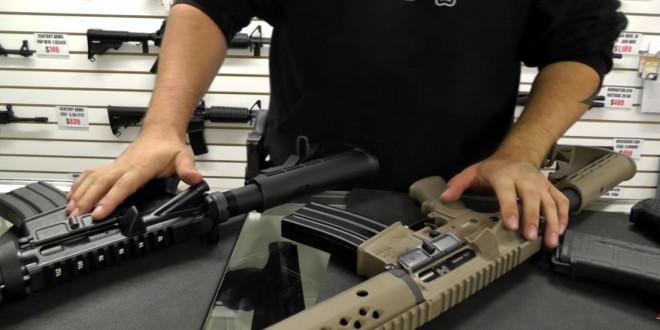 From the Chicago Tribune:

A suburban Chicago gun shop has called off its controversial raffle of a semi-automatic rifle to raise money for the victims of the Orlando, Fla., mass shooting.

The owners of Second Amendment Sports in McHenry said they canceled the raffle after questions were raised about the legality of the event. State law allows only nonprofit organizations to run raffles.

Bert Irslinger Jr., who owns the store and shooting range with his father, Bert Sr., said his family and employees have received death threats and many crude comments by phone and social media since the Tribune broke the news about the raffle Thursday.

Still, he said they’re considering their options — such as partnering with a nonprofit for a possible future raffle — and will continue taking donations for the Orlando victims “because we believe this is a good case.”

VIDEO: The screen-shot above is from a YouTube tutorial on buying AR-15s. The clip has 1.4 million views.