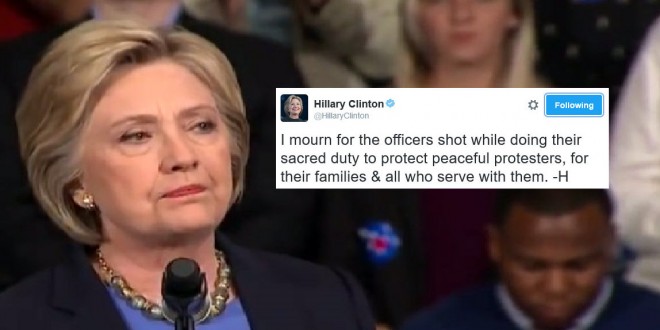 “I mourn for the officers shot while doing their sacred duty to protect peaceful protesters, for their families & all who serve with them,” Clinton tweeted after the postponement was announced.

According to a Clinton aide, the former secretary of state had been set to “renew her calls to ensure justice is served and … reemphasize the urgent need to reform our broken criminal justice system.”

Clinton also canceled a fundraising event in Scranton, but is still expected to speak later at the African Methodist Episcopal Church conference in Philadelphia. Biden, who had also been scheduled to deliver remarks for Clinton at another private event later in the afternoon, will remain in Wilmington, Delaware, to meet with senior advisers.