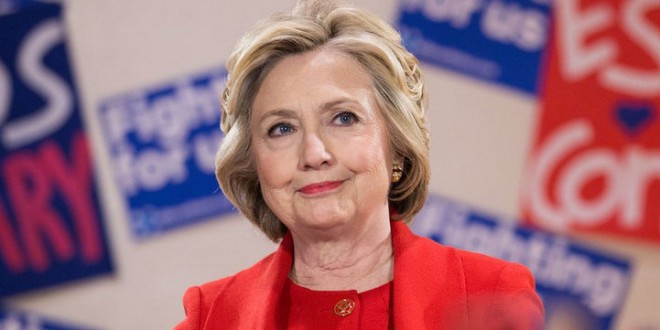 Several weeks ago beloved literature blog The Toast stunned its devoted readership when it announced it was shutting down due to poor ad revenue. Today Hillary Clinton penned a fond, feminism-tinged farewell to the site. An excerpt:

I know that today is the final day of The Toast, and I wanted to take a moment to reflect on what this space — and spaces like it — mean for women.

In nearly every industry, from publishing to scientific research, women have had to forge their own paths against overwhelming odds and less-than-friendly welcomes. When I arrived in the Senate in 2001, I was one of just 13 women, and I remember how thankful I was for my female colleagues on both sides of the aisle. My friend Barbara Mikulski famously started a tradition of dinner parties for all the women of the Senate. Over a glass of wine — okay, maybe three — we’d give each other support, advice, and highly relevant tips to navigate being in such an extreme minority.

I’ve always had great admiration for women like Barb who take it upon themselves to create spaces where women can speak their minds freely. With this site, Mallory, Nicole and Nikki did the same for so many women — and they made us laugh and think along the way.

Previous TRAILER: Voyage Of Time
Next WaPo Reporter Grills Lynch On Private Meeting With Bill Clinton: What On Earth Were You Thinking? [VIDEO]