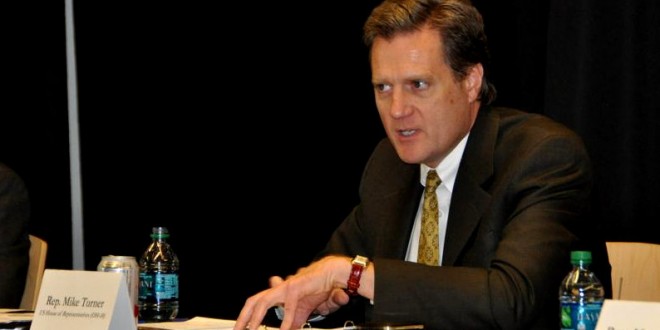 Rep. Mike Turner (R-Ohio) became the first Republican to call for a new, independent investigation of Hillary Clinton’s use of email during her years at the State Department, saying in a statement that the defunct independent counsel statute should be revived to “make an independent and impartial decision” about whether Clinton should be charged.

“The investigation by the FBI is steeped in political bias, especially considering that former president Bill Clinton met with Attorney General Loretta Lynch just days before the FBI announced its decision,” Turner said. “The role of the independent counsel is to keep investigations honest and prosecutorial decisions independent of the political, personal and financial conflicts of interest that undermine accountability in government. It is time for Secretary Clinton to be held accountable for her extremely careless actions.”

Not an hour later, Rep. Matt Salmon (R-Ariz.), who is retiring this year, made a similar request.

“I’m calling for a special prosecutor to be appointed to look into the charges and determine the appropriateness of prosecution for these crimes,” said Salmon. “Americans deserve accountability from their government officials, especially when they would be harshly prosecuted or imprisoned for performing the very same actions.”

Previous MASSACHUSETTS: GOP State Senate Candidate Cheers Donald Trump For “Putting Faggots In Their Place”
Next PEOPLE STILL USE FAXES? Janet Porter Will Fax Your Complaint To All 1753 Target Stores For A Mere $50