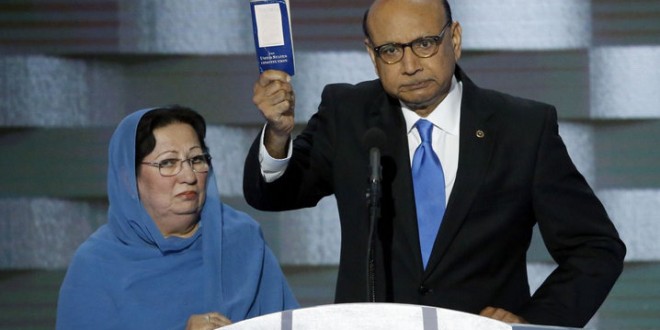 Fox News ignored a speech by the father of U.S. Army Captain Humayun Khan, who was killed in 2004 in the Iraq war, instead opting to air commercials during the speech. Fox later went live to a song by pop singer Katy Perry after the speech. While CNN and MSNBC aired the video and Khan’s speech in full, Fox News’ The Kelly File instead continued with its regular commentary featuring Brit Hume, then went to commercial as the speech began, showing slightly more than two minutes of the speech in a small window as commercials — including a Benghazi attack ad — overplayed it.

You know what this convention really needed? An angry Muslim with a thick accent like Fareed Zacaria.