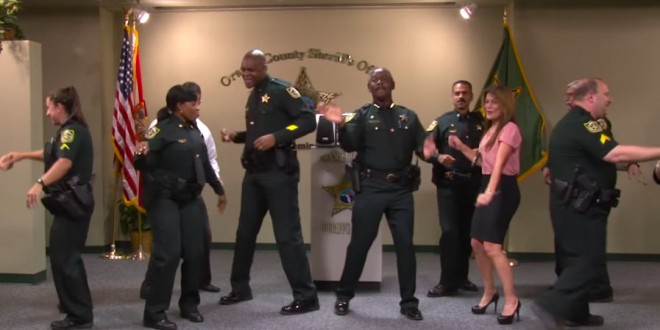 MUST WATCH. Dancing cops, dancing horses, and even a dancing helicopter. Via ABC News:

Weeks after three horrific tragedies hit the Orlando area, the Orange County Sheriff’s Department has found a way to keep the city’s spirits up.

“Hit it,” Demings says, and when he presses play, the unmistakable beat for Whitney Houston’s “I Wanna Dance With Somebody” starts to play.

The onlooking crowd, acting as members of the press for the video, cheer and throw up the papers they’re holding to join in on the dancing.

My mother sent this to me! Orange County, as you probably know, is home to Orlando. As you’ll see below, Orange County’s firefighters have joined in.