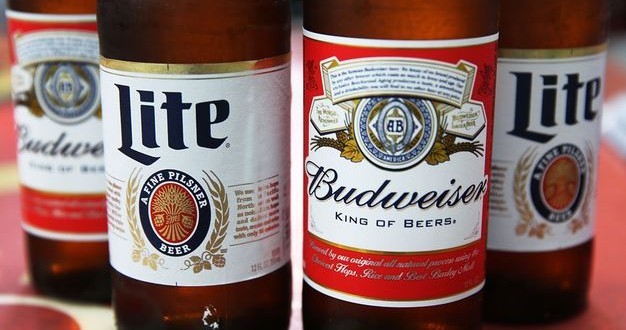 But it’s a rather complicated deal. Bloomberg reports:

Anheuser-Busch InBev NV won U.S. antitrust approval for its takeover of SABMiller Plc, after the maker of Budweiser agreed to give up ownership of the Miller brand and open the door to greater competition from craft beers.

AB InBev will sell SABMiller’s stake in MillerCoors LLC, separating the two brands, and refrain from practices that restrict distribution of smaller rival brews, thus protecting the ability of craft and import beers to compete, the Justice Department said in a statement Wednesday. The settlement will prevent any increase in concentration in the U.S. beer industry, according to the statement.

“The two largest U.S. brewers — ABI and MillerCoors — will now remain independent competitors after the deal,” Sonia Pfaffenroth, a deputy assistant attorney general at the antitrust division, said in the statement. Distributors that sell AB InBev beer “will have the freedom to sell and promote the variety of beers that many Americans drink.”

AB InBev, already the world’s largest brewer, struck the 77-billion-pound ($101 billion) deal because it wanted to gain SABMiller’s access to emerging markets in Latin America and Africa. Following divestitures, the deal will keep Budweiser, Beck’s and Stella Artois under AB InBev’s roof, while ceding control of brands such as Miller in the U.S. and Peroni and Pilsner Urquell in Euro