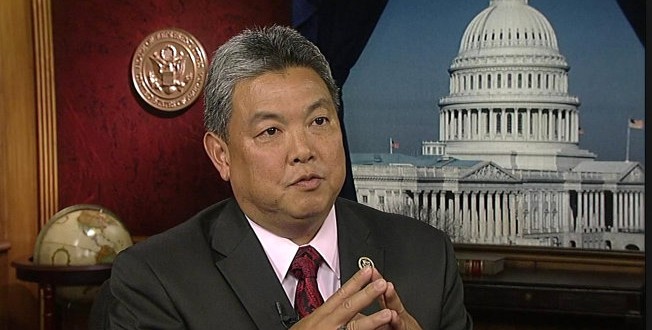 While still a Hawaii state rep, Takai played a critical part in the 2013 passage of his state’s same-sex marriage bill. He was elected to the US House in 2014. NBC News reports:

U.S. Congressman Mark Takai, who served as the representative for Hawaii’s first district, has died, NBC News has confirmed. Takai, 49, announced in May he would not seek re-election after recently learning that his pancreatic cancer has spread. Takai had planned to serve the rest of his term, which would have ended in January 2017.

“Mark was a decorated war veteran and proud member of the Hawaii Army National Guard, but more importantly, he was an outstanding colleague who truly embodied the aloha spirit and worked tirelessly to improve the lives of the people of Hawaii and all Americans,” Chu said.

Takai was diagnosed in October 2015 with pancreatic cancer, and underwent surgery a month later. This past January, Takai met with Vice President Joe Biden to thank him for his leadership on the fight against cancer.

From an essay Takai wrote after Hawaii’s marriage bill was signed into law:

Though some have said that they oppose the law because of their religion, I support it because of the separation of church and state. No church in Hawaii will be forced to conduct same sex marriages, but this law gives loving, committed couples the right to marry in churches that welcome them.

When I voted for marriage equality in Hawaii, I knew I wasn’t simply voting yes on a bill. I was being faithful to the Aloha State’s stand for fairness and equality.

As a Lieutenant Colonel in the Hawaii Army National Guard, I served alongside gay and lesbian service members who love this country as much as any of us. They fight, and some died, for our country.

When I was deployed to the Middle East in 2009, the military took care of my wife and our two children during that stressful and trying time. I believe that our military and our veterans, whether gay or straight, deserve that same support.