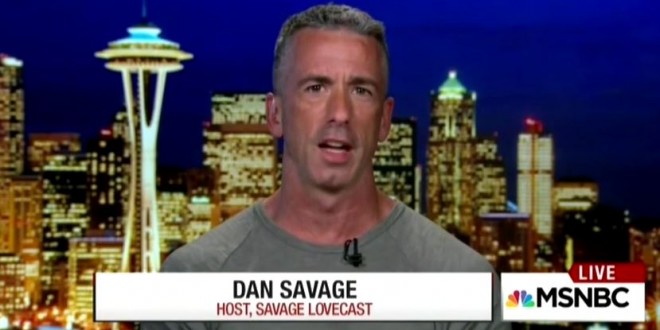 Dan Savage ripped into the Log Cabin Republicans today in a piece for Seattle’s Stranger:

Whatever the Log Cabin Republicans think they’re doing “inside” the Republican Party, it isn’t working, it’s never worked, and they need to stop pretending it’ll ever work. Today’s Republican Party, as Andy Towle pointed out, is an anti-LGBT hate group. The sanity and/or motives of any queer person who belongs to today’s GOP is suspect—same goes for yesterday’s GOP, or tomorrow’s GOP.

“Robert Siegel interviews Gregory Angelo, president of the Log Cabin Republicans, a group that advocates for equal rights for LBGT people,” says NPR. No. You can affiliate yourself with the GOP or you can advocate for equal rights for LGBT people. You can’t do both at once—and anyone who claims to be doing both is lying.