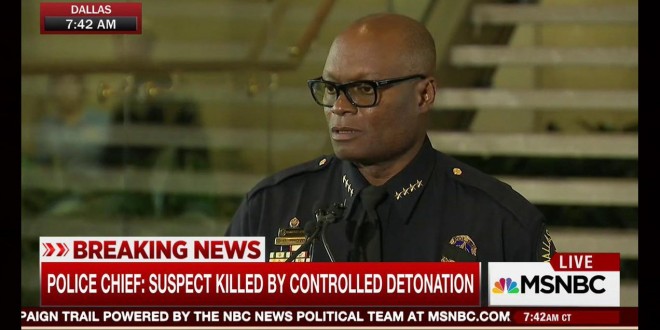 According to Brown, the suspect had been cornered and was killed with a robotic device controlled by the police.

Previous DALLAS: Three Suspects In Custody, One Dead
Next Trump On Dallas: We Must Restore Law And Order