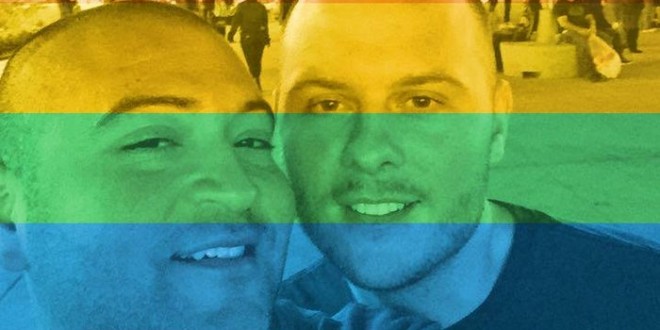 A gay police officer was among those wounded in last night’s attack in Dallas. The New Civil Rights Movement reports:

Jesus Retana, 39, has worked for Dallas Area Rapid Transit (DART) for the last 10 years. Retana, above left, is pictured with his husband, Andrew Moss. Moss was behind an effort to get DART to add insurance benefits for same-sex partners that began in 2012. Retana and Moss were married in 2008 in California. Moss, also a former DART police officer, left law enforcement in 2010 due to health problems.

Retana is reportedly now recovering at home and has declined interview requests.