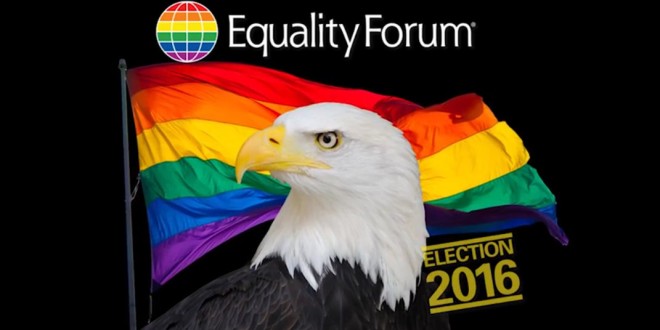 Comcast Corporation, the lead sponsor of Equality Forum, is donating airtime valued at $1.5 million for the broadcast of a 30-second public service announcement promoting this year’s premier LGBT civil rights summit. The PSA is currently airing across Comcast markets nationwide and will continue in rotation until the end of July.

Previous INDIANA: Totally Not Racist Trump Supporters Celebrate America With “Lying African” Obama Float
Next Scamvangelist Jim Bakker Has Forgiven The People Who Sent Him To Prison For Ripping Them Off [VIDEO]