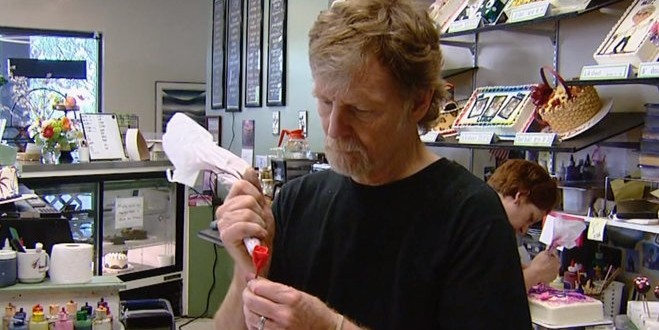 A Lakewood, Colorado, cake artist who declined to use his artistic talents to create a wedding cake celebrating a same-sex ceremony asked the nation’s highest court Friday to take his case and rule that the government cannot force him to communicate a message with which he fundamentally disagrees.

Alliance Defending Freedom attorneys have filed the petition because the Colorado Supreme Court declined in April to take the case after the state’s Court of Appeals affirmed a Colorado Civil Rights Commission decision from May 2014. That decision ordered Jack Phillips and his staff at Masterpiece Cakeshop to create cakes for same-sex celebrations. The decision also ordered Phillips to comply with Colorado’s Anti-Discrimination Act by re-educating his staff and filing quarterly “compliance” reports for two years.

“No one—not Jack or anyone else—should be forced by the government to further a message that they cannot in good conscience promote,” said ADF Senior Counsel Jeremy Tedesco. “And that’s what this case is about. Jack, who has happily served people of all backgrounds for years, simply exercised the long-cherished American freedom to decline to use his artistic talents to promote a message and event with which he fundamentally disagrees. We are asking the U.S. Supreme Court to ensure that government understands that its duty is to protect the people’s freedom to follow their beliefs personally and professionally, not force them to violate those beliefs as the price of earning a living.”

A Christian non-profit drafted much of the language in Mississippi’s controversial Protecting Freedom of Conscience from Government Discrimination Act and even helped write Gov. Phil Bryant’s signing speech, emails obtained by the attorney suing the governor show.

Alliance Defending Freedom, which supported Mississippi’s Religious Freedom Restoration Act enacted in 2014, brought the idea of the “religious conscience” bill, which would eventually become HB 1523, to Mississippi more than a year ago.

“We appreciate the Alliance Defending Freedom working with the Legislature to draft House Bill 1523,” Bryant said in a statement Friday. “It is perfectly normal for our office to work with individuals and organizations, who have had a role in requesting and/or opposing legislation, during the bill review process to gather additional information.”

The attorney suing Bryant is our champion Roberta Kaplan.