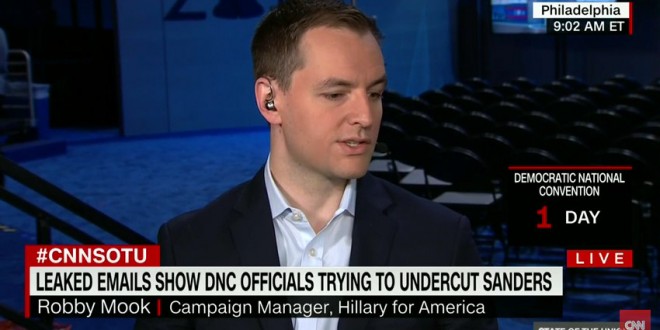 “What’s disturbing to us is that experts are telling us Russian state actors broke into the DNC, stole these emails, and other experts are now saying that the Russians are releasing these emails for the purpose of actually of helping Donald Trump,” Mook said on CNN’s “State of the Union.”

“I don’t think it’s coincidental that these emails were released on the eve of our convention.”

Mook did not provide evidence that the Russians were trying to help Trump when pressed by CNN’s Jake Tapper to back up his charges, instead falling back on what “experts” were saying.