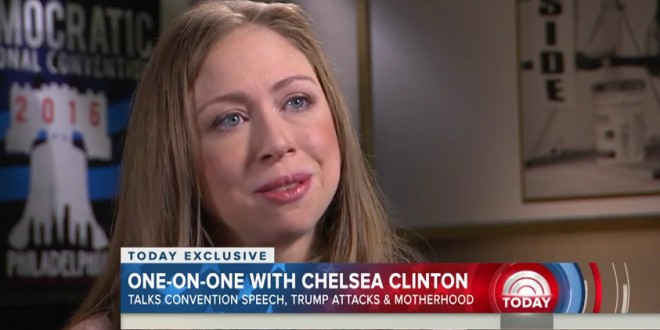 DAUGHTER SUMMIT: Chelsea Would Meet With Ivanka To Discuss The Tone Of The Campaign [VIDEO]

Chelsea Clinton would entertain the idea of a meeting with Donald Trump’s children, or perhaps even her longtime friend Ivanka Trump, over the tone and rhetoric of the presidential campaign between their parents.

During an interview with NBC’s Matt Lauer aired Thursday on “Today,” Clinton remarked that such a meeting or “children’s summit” had not occurred to her.

“But it’s something I would consider. I think it was clear last week when Ivanka introduced her dad that she’s so proud of him,” said Clinton, who like Trump’s eldest daughter will introduce her mother before her acceptance speech Thursday night.