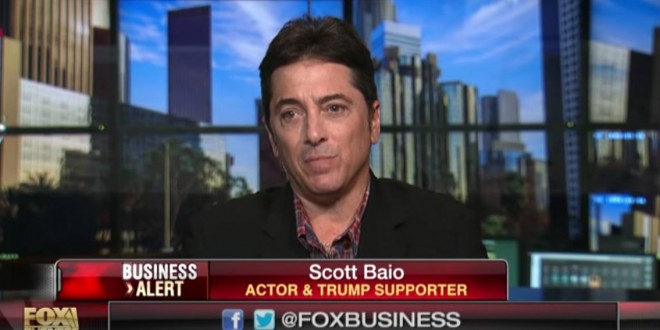 Chachi To Speak At GOP Convention

Faded 80s sitcom star Scott Baio, who regularly appears on Fox News to declare his belief that President Obama is secretly Muslim, has been added to the list of speakers at the GOP convention.  That’s how hurting they are for star power. UPI reports:

“You heard it 1st on @JudgeJeanine that @realDonaldTrump personally asked me to go to the #RNC2016 and speak! @DonaldJTrumpJr @EricTrump,” Baio tweeted Saturday after he was interviewed by Fox News’ Jeanine Pirro.

“I was at a fundraiser for Mr. Trump the other night with my wife and he invited me to speak at the convention, which was completely unexpected and out of left field,” Baio explained to Pirro in their interview, calling Trump “a man that I believe in.”

Baio, 55, is best known for his work on the TV shows Happy Days, Joanie Loves Chachi, and Charles in Charge.

Not longer burdened with a career, Baio spends much of his time on Twitter, where he regularly declares that he doesn’t need to work like stupid people because he made shrewd investments over the years.

This may be the best meme out there. #NeverHillary @realDonaldTrump pic.twitter.com/q1ovj80Skt