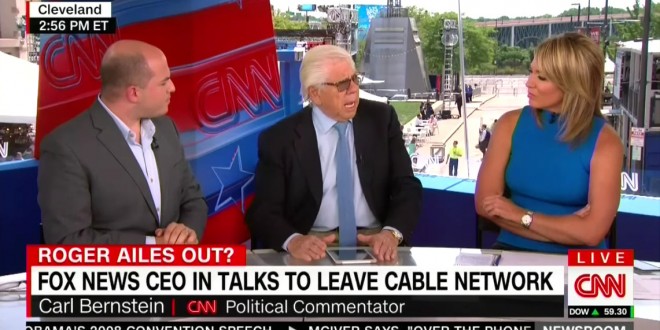 “Fox has driven Trump’s campaign less than Drudge,” Bernstein, who famously broke the Watergate scandal, told CNN on Wednesday. “A large measure of why Trump is the nominee goes to Matt Drudge.

“Drudge is really the great new factor in terms of media,” he added. Bernstein also concluded that Drudge was unashamedly pro-Trump in its coverage.

“Drudge, that site, has been unapologetically in Trump’s pocket from the beginning,” he said. “And I would say that a large measure of why Donald Trump is the nominee goes to Matt Drudge in much the way that Fox has, and you [anchor Brooke Baldwin] used the word ‘kingmaker’ — I’m not sure it goes quite far that way … but it is an influence unequaled.”