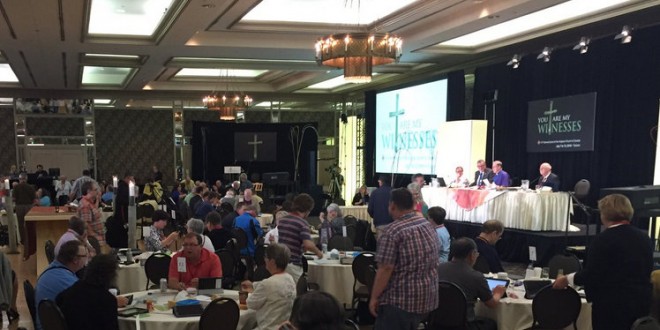 A passionate debate on whether the Anglican Church of Canada should bless same-sex marriages came to a head Monday when delegates to their triennial conference voted against authorizing such unions.

More than 200 delegates to the church’s six-day General Synod just north of Toronto rejected the resolution after speakers lined up to make their points, with most speaking in favour of the resolution.

In order to pass, the resolution required two-thirds support from each of three orders — lay, clergy and bishops.

The vote by General Synod 2016, which followed complaints of bullying and intimidation, sparked bitter disappointment among some members.