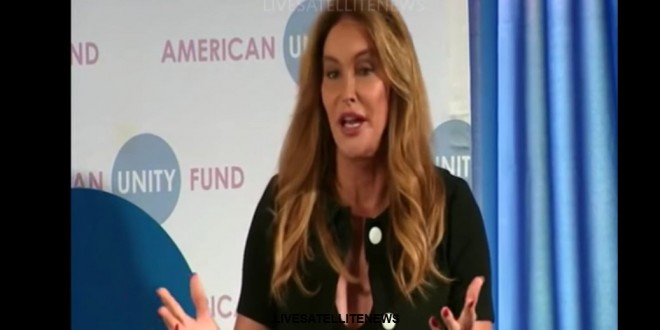 Caitlyn Jenner At Log Cabin Event: I Don’t Speak For The Trans Community, I Only Speak For Myself [VIDEO]

Reality star Caitlyn Jenner on Wednesday morning bashed anti-transgender bathroom laws around the country, joking that some Republicans should be banned from public restrooms.

“Maybe what we should do is ban Republican representatives at a state level” from entering public bathrooms, Jenner joked. “We want to protect people.”

She was speaking at an event organized by American Unity Fund and the Log Cabin Republicans — two GOP groups that advocate for LGBT equality issues — in a tented area outside the Rock and Roll Hall of Fame in Cleveland during the Republican National Convention.