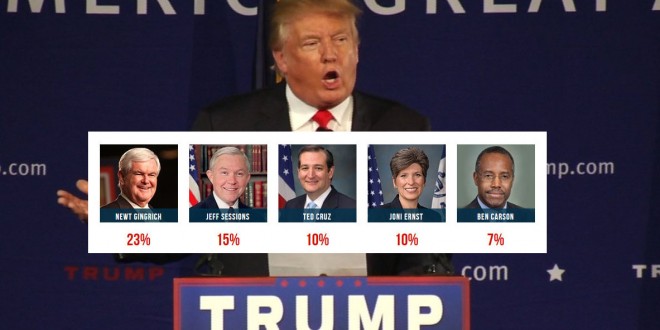 They say the proof is in the pudding, and Breitbart readers have proven that they have their collective finger on the pulse of American politics more than pundits and talking heads.

When we launched the Breitbart Primary Straw Poll with a packed slate of over a dozen candidates, Breitbart readers consistently chose Donald Trump as the nominee.

Now we turn to our readers to see where they weigh in on who should be Trump’s running mate.

We’ve assembled a list of the most likely candidates on Trump’s short (or even long) list of candidates.

As you can see, Newt Gingrich is in the lead at this writing, but the poll just launched. Below is the full list of choices. Previous CNN’s Jeffrey Lord: The KKK Is A Leftist Hate Group
Next SHORT FILM: Son Comes Out To Dad On Prom Night