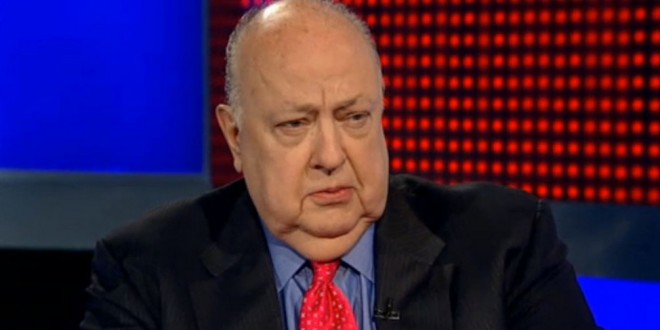 Variety has the first word:

Roger Ailes is officially out at Fox News, a source familiar with the situation confirmed to Variety. The former head of the network reportedly received a $40 million buyout after Gretchen Carlson and several other women accused him of sexual harassment over the past couple of weeks.

UPDATE: And now the story is being walked back somewhat. Again from the Daily Beast:

Fox initially confirmed Drudge’s report to The Daily Beast, and subsequently walked back that confirmation. Additionally, Drudge replaced a headline touting the buyout with a new one on “Fox News Drama,” including a statement from the network: “Roger Ailes has never sexually harassed Megyn Kelly. In fact, he has spent much of the last decade promoting and helping her to achieve the stardom she earned, for which she has repeatedly and publicly thanked him.” And according to a statement from 21st Century Fox: “Roger is at work. The review is ongoing. The only agreement that is in place is his existing employment agreement.”