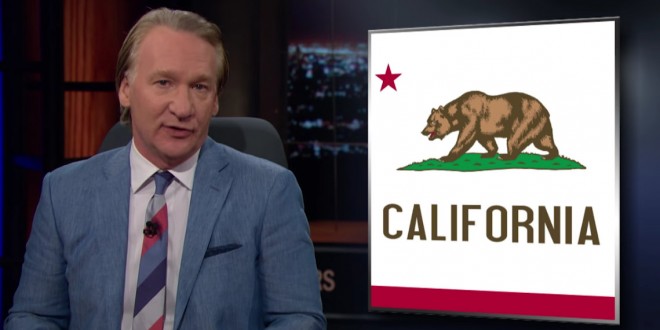 Bill Maher ripped into the GOP’s policy of cutting taxes for the rich on Friday night. The “Real Time with Bill Maher“ host said the state of California was proof that doing the reverse, and instead raising taxes on the most wealthy, could actually lead to a booming economy.

The comedian gloated about how The Golden State, where “Democrats from governor on down control every office and voting body,” was now heading toward becoming the fifth largest economy in the world. “Thanks, England,” he quipped, in reference to the United Kingdom’s falling in the global financial ranks following its decision to quit the European Union in a so-called Brexit.

Meanwhile, in Republican-run states like Kansas and Louisiana, Maher said the “old trickle down theory of cutting taxes on the rich and they’ll do their thing” was “failing catastrophically.” It was time for Republicans to try something different, he added.