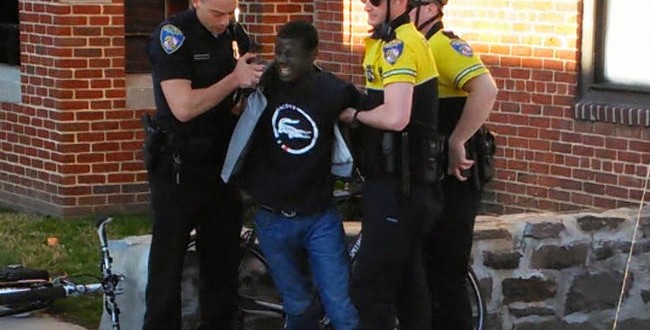 Prosecutors dropped all remaining charges against three Baltimore police officers accused in the arrest and death of Freddie Gray in a downtown courtroom on Wednesday morning, concluding one of the most high-profile criminal cases in Baltimore history.

The startling move was an apparent acknowledgement of the unlikelihood of a conviction following the acquittals of three other officers on similar and more serious charges by Circuit Judge Barry G. Williams, who was expected to preside over the remaining trials as well.

It also means the office of Baltimore State’s Attorney Marilyn J. Mosby will secure no convictions in the case after more than a year of dogged fighting, against increasingly heavy odds, to hold someone criminally accountable in Gray’s death.

Previous Trump Denies Have Ever Met Putin Despite Having Bragged About It During GOP Debate [VIDEO]
Next REPORT: Kremlin Paid “Army Of Internet Trolls” To Pose As Pro-Trump Americans On Social Media