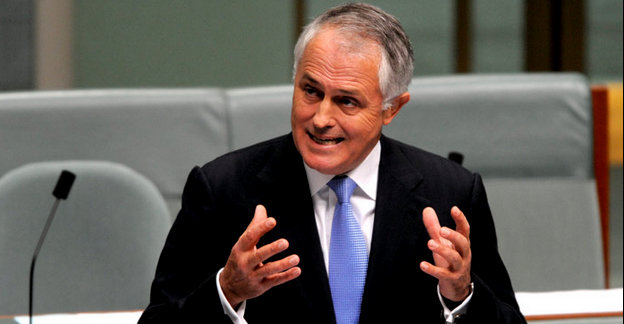 Australia woke up on Sunday (July 3) to the headache of a hung parliament and a minority government, after a general election that was too close to call.

Vote counting has been paused and was so tight that Prime Minister Malcom Turnbull’s Liberal Party-led coalition may need the support of independents and smaller parties to remain in power.

A clearer result isn’t expected until at least Tuesday, when vote counting resumes. The process could take a week or more, and the coalition will rule under caretaker provisions in the interim.

“I remain quietly confident that a majority coalition government will be returned at this election when the counting is completed,” Turnbull told reporters.

But his main challenger, Labour party leader Bill Shorten, said while Saturday’s election failed to produced a clear winner, there was one clear loser: the prime minister’s reform agenda, which includes tax cuts for companies.

“Last night was an historic night. The Labor party is most certainly back,” Shorten said.

From the Brisbane Times:

Marriage equality hangs in the balance following Saturday’s line ball election, with a big question mark over the Turnbull government’s planned plebiscite. Some in an emboldened Labor Party have hardened their resolve to oppose a public vote, with one senior Labor source telling Fairfax Media: “We were never going to support it.”

But marriage equality advocates believe a hung parliament with a broadly supportive crossbench would now have the numbers to pass same-sex marriage anyway.

Already a massively divisive issue within the Coalition, the plebiscite would need to navigate a precarious lower house and unwieldy Senate crossbench.

Labor leader Bill Shorten used his election night speech to decry that the Liberals had “lost their mandate”, an argument Labor and the Greens could use to block enabling legislation in the Senate and argue for their preferred conscience vote.

LGBTI groups have declared the election a win for marriage equality, with at least seven opponents of same-sex marriage voted out and two new LGBTI MPs elected for the Coalition.

The Pflag national spokeswoman, Shelley Argent, said given the number of “pro-equality Labor MPs replacing Liberals who were against [same-sex marriage] there is now a clear majority of members in favour [of it]”.

“A free vote would deliver marriage equality straight away,” she claimed.

Argent claimed the Coalition lost votes over its proposed marriage equality plebiscite, although a Fairfax-Ipsos poll released on election day found the majority of Australians in favour.

“Malcolm Turnbull must acknowledge he has no mandate for a plebiscite and drop the idea,” she said.

At this writing the Labor Party has won 67 of the 76 Parliament seats needed for a majority. Turnbull’s coalition has won 65. The winners of 13 seats have not yet been declared. Live results are here.