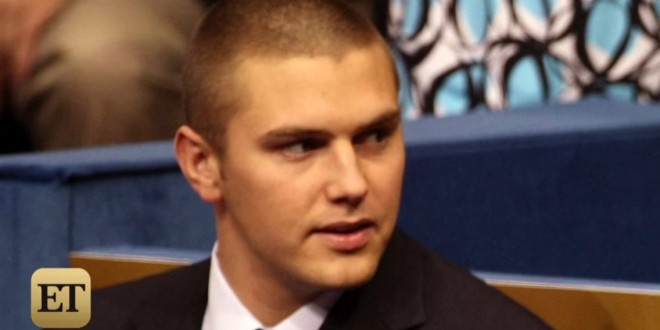 Little Green Footballs blogger Charles Johnson tonight directed his Twitter followers to the website of Alaska’s judicial system, which shows that Track Palin has been “remanded into custody” on the three charges that resulted from his drunken attack on his girlfriend in January.

Those three charges are Class A misdemeanors and at this writing there’s no news account on why they would result in Track Palin being remanded. However, the Twitterverse is already buzzing that this may be why Mama Grizzly will not speaking at the GOP convention. Earlier today Donald Trump waved away questions about Palin’s absence from the list of convention speakers, saying that “Alaska is a long ways away.” Uh huh.

According to police reports released after the arrest, Track Palin drunkenly beat his girlfriend, then put an AR-15 to his head and taunted her for not believing he’d kill himself, saying, “Do you think I’m a pussy?” Sarah Palin then earned national ridicule when she declared that her son beats women because President Obama doesn’t have “respect for veterans.”

NOTE: My 25 years of Law & Order reruns tell me that “remanded” typically means “held without bail until trial.” Feel free to confirm or correct me on that. UPDATE: Visit this post for the latest on Track Palin’s case. Headline below. Previous Hillary Makes Rare Fox Appearance To Discuss France Attack: This Is A War Against Radical Jihadists [VIDEO]
Next Tim Tebow: Nobody Ever Asked Me To Speak At The GOP Convention And I’m Not Doing It [VIDEO]