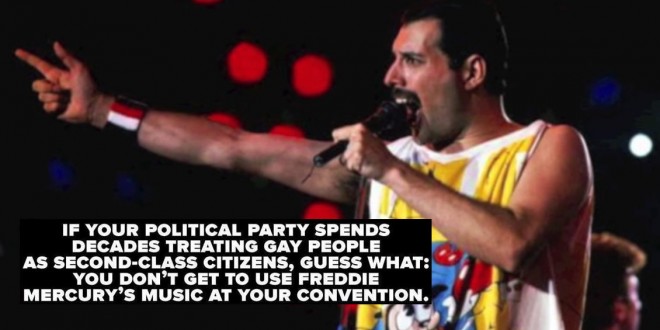 Last month Queen’s Brian May denounced Donald Trump for using We Are The Champions as his walk-on music, saying that that “permission to use the track was neither sought nor given.” May went to say that the band was “taking steps” to ensure that Trump was stopped.

But pesky things like intellectual property laws are for the little people and last night at the GOP convention Trump again used the track as he walked on in a cloud of literal fog to introduce his wife.

RELATED: Queen will stage a 70th birthday party for Freddie Mercury in September with proceeds to go to the AIDS charity Mercury Phoenix Trust.