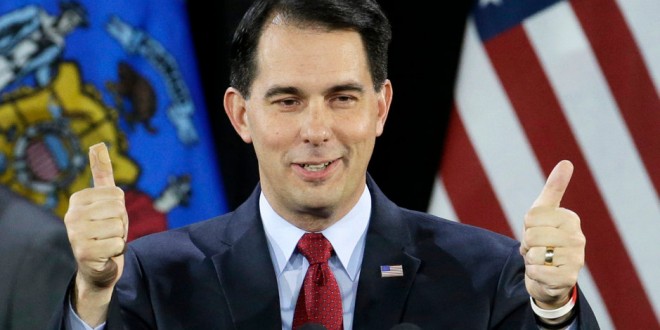 From the #NeverTrump crew at RedState:

Rumors are starting to float around that Scott Walker is open to accepting the nomination at the convention, if the wheels continue to come off the Trump train and the rules are changed to unbind the delegates. Obviously, we are a long, long way from that scenario becoming reality, but the horror people are feeling about Trump’s worsening behavior (after it was hoped his behavior would actually improve) cannot be overstated and Hugh Hewitt is not the only one suggesting that the convention should categorically reject Trump.

One of Walker’s comments today is adding fuel to the fire. In an interview with a local TV station in Wisconsin, Walker walked away from his endorsement of Trump, then made this ominous (?) comment: “[Trump] is not yet the nominee. Officially that won’t happen until the middle of July and for me that’s kind of the timeframe. In particular I want to make sure he renounces what he says, at least in regards to this judge.”