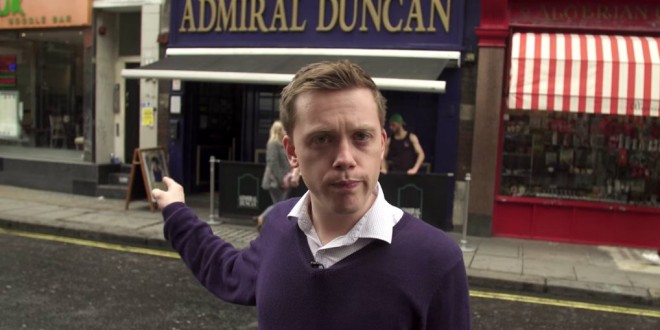 On Monday, British gay journalist Owen Jones earned international headlines when he stormed off the set of a Sky News program when the hosts refused to acknowledge homophobia’s role in the Orlando attack. Watch below as he recounts the infamous 1999 nail-bombing of London’s Admiral Duncan pub and explains how terrorists will never destroy “the love of LGBT people all over this planet.” The clip has been posted to the Guardian’s Facebook page where it already has over four million views. Jones, not incidentally, has one of the more interesting Wikipedia entries you’ll see.

Previous Kathryn Knott: Let Me Out For Good Behavior
Next Janet Porter To Fail Again With Target Protests