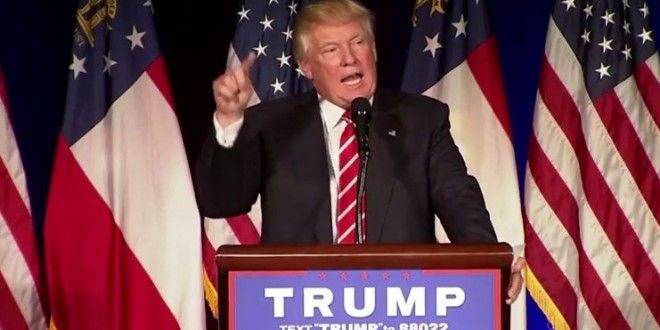 From the Washington Blade:

Donald Trump continues to invoke his newly enumerated, but highly dubious support for LGBT people to encourage his election to the White House.

After recognizing the LGBT victims of the mass shooting during a national security speech on Monday reiterating his call for a Muslim ban, Trump again referenced the LGBT community on Wednesday during a rally in Atlanta, Ga.

“For the gays out there, ask the gays and ask the people, ask the gays what they think and what they do in not only Saudi Arabia, in many of these countries with the gay community,” Trump said. “Let’s ask. Then you tell me: Who’s your friend, Donald Trump or Hillary Clinton?”

Trump invoked LGBT people to criticize his rival Hillary Clinton for accepting donations to the Clinton Foundation, which conducts overseas humanitarian work, from countries that criminalize homosexuality like Saudi Arabia.

“They want to enslave women,” Trump said. “As far as the gay community, they kill gays. And she’s taking money.”