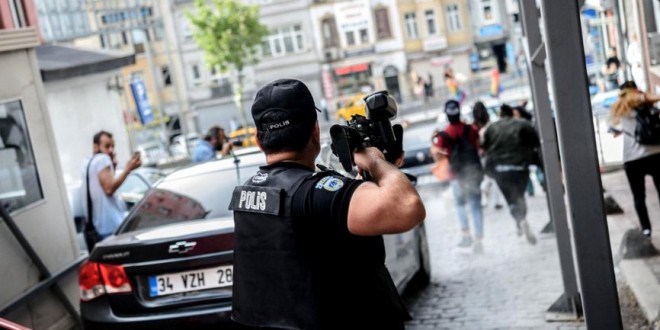 Last year it was batons and water cannons. This year it was tear gas and rubber bullets. The Guardian reports:

Riot police have fired teargas and rubber pellets to disperse an LBGT march in Istanbul that had been banned after ultranationalists said “degenerates” could not demonstrate.

Hundreds of riot police cordoned off Taksim Square in the heart of the city to prevent the Trans Pride rally taking place during Ramadan.

Authorities have banned transgender and gay pride marches this month, which coincides with the period of fasting for Muslims, citing security concerns after warnings against any such events taking place in Turkey.

Although the Turkish republic is constitutionally secular, the vast majority of the population is Muslim.

Recep Tayyip Erdoğan, who became president in 2014 after 11 years as prime minister, has steadily boosted the power of the head of state’s office with appeals to conservative, nationalist and religious-minded Turks.

This has effectively shifted Turkey from a parliamentary to a presidential system, even before Erdoğan seeks to amend the constitution along such lines through a referendum.