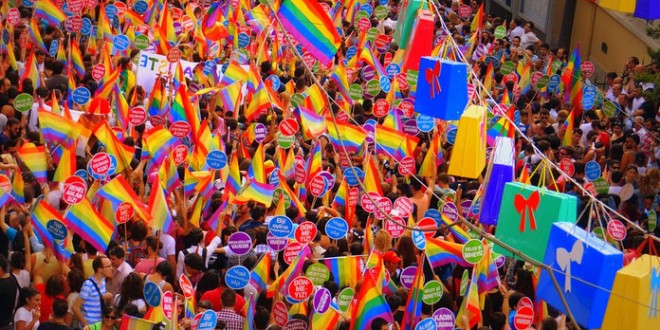 The governor of Istanbul announced Friday that pride events scheduled to begin on Sunday have been banned. “The organization of a meeting and demonstration march on the mentioned dates will not be allowed by our governorate for the safety of our citizens, first and foremost the participants’, and for public order,” said a press statement from the governor’s office.

Sunday’s event would be the 13th year of Istanbul’s pride march, a festival that started with just 30 participants in 2003 and grew to tens of thousands in recent years. But last year Turkish officials banned the event an hour before it was due to begin, and police used tear gas and water cannons at pride marchers throughout the city well into the night.

The march had been threatened by factions of the Turkish far right and Islamist groups. “We will never, ever allow such Immorality, like this march that is called ‘honor’ but really it is immoral, that touch the nation’s nerves, to be normalized or encouraged,” said a group linked to the ultranationalist Great Union Party (BPP).

Read more about Islamist threats at the top link. Recent pride events in Istanbul had drawn about 100,000 attendees. See my report on last year’s police attack on Istanbul Pride here.

Previous FLORIDA: GOP US Senate Frontrunner Drops Out To Clear The Way For Marco Rubio To Enter Race
Next Pastor Kevin Swanson: Orlando’s Gays Had It Coming Because God Gives Up On Such Sinners [AUDIO]