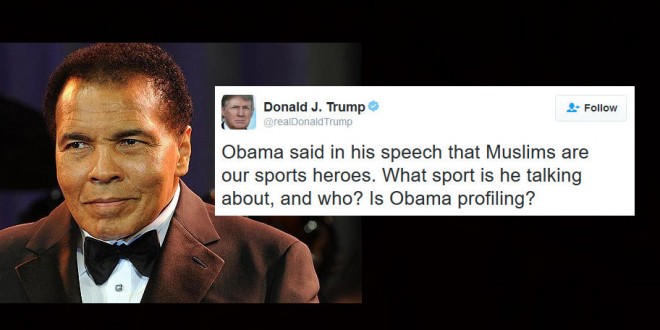 Presidential candidate Donald Trump has inquired about Friday’s memorial service for boxing legend Muhammad Ali, indicating that he wants to attend, according to a volunteer with funeral organizers. Trump was a longtime friend of the boxer but has also been outspoken in wanting to ban Muslims from traveling to the U.S. — and Ali was a Muslim.

When the request came in, some Ali supporters argued against Trump’s presence at the Louisville, Kentucky, event, said Ali friend Saliha Shakir. But she said Islam preaches inclusiveness. “None of us care for [Trump’s] rhetoric, but this is what Ali would have wanted,” Shakir said. “He would not have turned him away.”