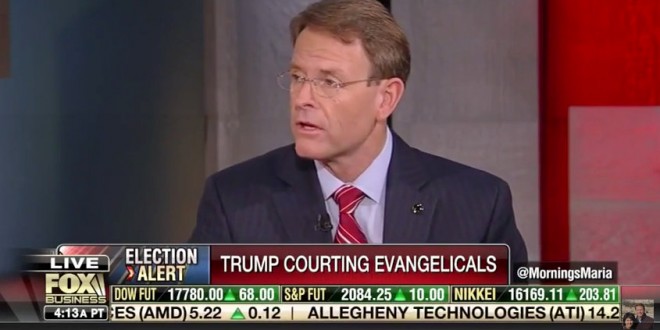 Today Tony Perkins and hundreds of fellow anti-LGBT activists will meet with Donald Trump to lecture him on how to turn America into a bible-based theocracy. This morning Perkins appeared on Fox Business where he told the panel that while he can’t say whether Trump himself is actually a Christian, at least he isn’t “openly hostile” to Christianity. Which President Obama is. Watch below. Today’s meeting is closed to the press.