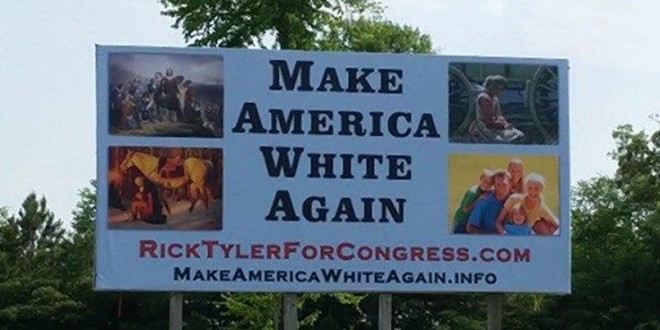 Rick Tyler confirmed to the station that he put up the billboard, which also lists the address for his campaign website. Tyler told WRCB that he does not hate people of color, but does believe America “should go back to the 1960s.”

“(The) Leave it to Beaver time when there were no break-ins; no violent crime; no mass immigration,” he told the news station.

Tyler also posted a billboard for his campaign that features part of Martin Luther King, Jr.’s “I Have A Dream” speech superimposed on a drawing of the White House with Confederate flags around it, according to WRCB.