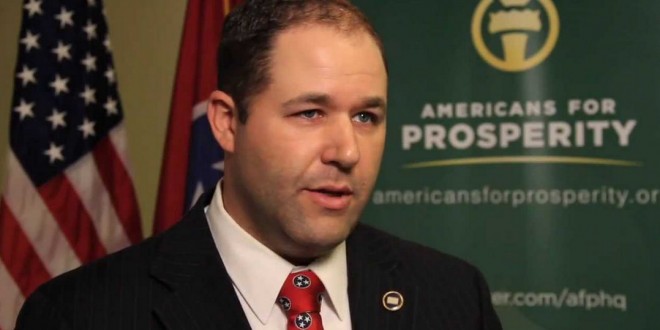 Tennessee Republican: Screw The Orlando Victims, Now I’m Giving Away TWO Of The Gun That Killed Them

A Republican lawmaker from Tennessee is unwavering in his plan to give away AR-15 rifles, the same firearm used in Sunday’s deadly attack in Orlando, Florida, as prizes at a fundraiser later this month.

State Rep. Andy Holt wrote a lengthy post on his Facebook page Monday bashing the media for asking if he’d still give away the same model of semi-automatic rifle used in the mass shooting in Orlando—as well as the Sandy Hook Elementary School massacre and in December’s terror attack in San Bernardino, California—as a prize at his “Hog Fest” fundraiser on June 25.

“I’m furious that I get phone calls from the media asking me if I’m still going to give away an AR-15 at our HogFest, rather than asking me how many extra firearms I’ll be handing out to ensure people can protect themselves,” Holt wrote on Facebook. “After all, it was a bullet that stopped the terrorist. Amazing how so many seem to miss that fact.”

In the post, which features a photo of Holt shooting a gun, the Tennessee Republican went on to blame “radical Islam” for the killings and called out a Democratic congressman from the Bluegrass State for speaking out in favor of stricter gun control.