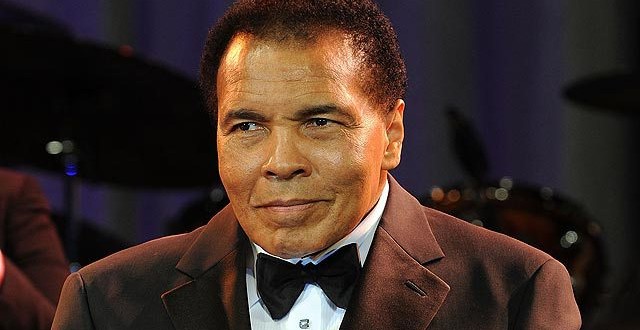 Sen. Rand Paul (R-Ky.) told reporters in Louisville on Monday that he’d be introducing legislation to end the Selective Service program that replaced the military draft, as a tribute to the late Muhammad Ali. “One of the things I liked about Muhammad Ali is that he would stand on principle even when it was unpopular,” Paul said. “Selective service, you know — like, the criminal justice system I say now has a racial justice disparity? Selective service had a racial disparity, because a lot of rich white kids either got a deferment or went to college or got out of the draft. So I’m opposed to Selective Service.”

Paul’s “Muhammad Ali Voluntary Service Act” would be a nod to the greatest controversy of the boxer’s career, when at age 25 he was called up for service in Vietnam — and when he refused to go. (Ali, born Cassius Clay, was perhaps the most famous person born in Louisville.) Ali had failed the qualifying exam in 1964, but was reclassified when the standards were lowered, and appealed for “conscientious objector” status. It took years for him to win the case, exiling him from the sport of boxing in the prime of his career.

Since Ali’s death, RWNJs have denounced him as a “draft dodger.” But Ali never fled fled to Canada or used any of the ruses commonly employed by those seeking to evade military service.

Previous Jake Tapper Jabs At Jeff Weaver: I Didn’t Come Up With Your Verkakte Rules, It Was The DNC [VIDEO]
Next OPEN THREAD: Super Tuesday Primaries