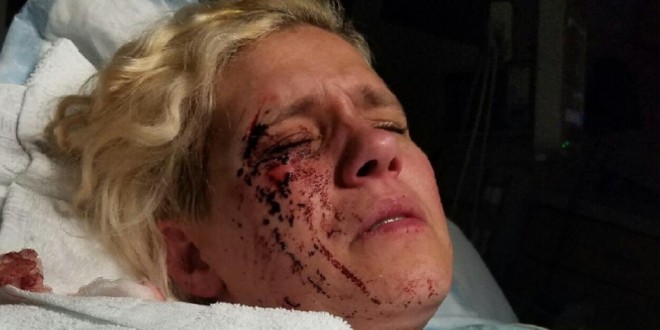 From the Seattle Police:

Seattle police are working with the FBI as they investigate an attack on a transgender man, who was beaten late Wednesday on Capitol Hill after leaving a fundraiser for victims of the Orlando mass shooting.

The victim left the fundraiser around 11:30 PM and was walking near 11th Avenue and East Pike Street when the suspect approached him.

“Hey, Happy Pride,” the suspect said to the victim before punching him in the face. The suspect then grabbed the victim by the throat, continued his assault and used a transgender slur during the attack. The victim lost consciousness and the suspect fled the scene.

Upon regaining consciousness, the victim was able to drive home and contact a friend, who drove him to the hospital. On the way, they stopped and contacted police.

The FBI has offered its assistance to SPD Violent Crimes detectives investigating the case. An SPD victim advocate has also been in contact with the victim to provide support.

The suspect is described as a white male in his 20s, with brown hair and a partial beard. He was wearing an orange or copper-colored sweatshirt, blue jeans, and sandals at the time of the incident.

A fundraising page for the victim has much more about the attack.

Chief O’Toole: “I’m disgusted by this hateful attack. SPD will leverage every resource to identify the suspect and bring him to justice.” — Seattle Police Dept. (@SeattlePD) June 24, 2016