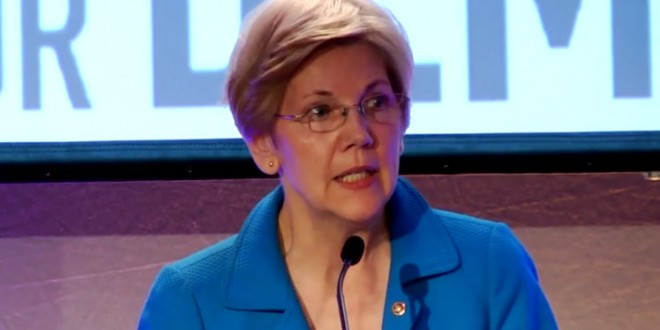 Senator Elizabeth Warren will soon endorse presumptive Democratic presidential nominee Hillary Clinton and, while not currently interested in serving as her running mate, has not ruled it out, several sources close to Warren told Reuters.

Advisers to Warren, a fiery critic of Wall Street and a popular figure among progressive Democrats, have been in close contact with Clinton’s campaign team and the conversations have increased in frequency in recent weeks, the sources said.

Warren, 66, represents her home state of Massachusetts in the U.S. Senate. The sources said that foremost in her thinking is how best to help the Democratic Party defeat the presumptive Republican nominee Donald Trump in the Nov. 8 presidential election and advance issues such as income inequality which top Warren’s agenda.

This is what Democrats united to beat @realDonaldTrump look like. Get ready, Donald – we're coming. pic.twitter.com/p8dFtvr9NV

Previous Trump’s “Christian Liaison” Speaks In Tongues & Smites Sinners With The Power Of White Jesus [VIDEO]
Next Queen’s Brian May To Trump: Stop Using Our Music